Did Bach "Only" Compose or Did He Perform Music, Too?

All of you please excuse my "only" in the headline.

Bach performed music much earlier than he composed music. He was already singing with his father Johann Ambrosius, who took little Johann Sebastian along to weddings, festivals, baptisms and funerals, so he could impress with his singing. Very probably Johann Sebastian Bach already played instruments during those events too, because at that time he already had started to learn to play those instruments by lessons from his father and his uncle.

Generally Bach played more music in his life, than he spent time with composing. Because every composition had to be overworked very often, he had to play all compositions a lot of times. It's not just art, it's handcraft too. A composition is not just a smart idea, which you write down in a few ink strokes – and the work is accomplished. Music production – the amount in which Bach produced his works was really like "assembly-line work" – had to be copied too. That means, it had to be copied for the musicians and singers. In a number that provided each musician with a copy. And they haven't had photocopying machines yet. Often Bach reworked his composition for years, few of them even over decades.

After that he had to practise. Whether he did such as a musician among others in a band at the court of Weimar in his first half year as a professional musician, or whether he did it later with his choir students in Arnstadt and Mühlhausen and Leipzig of course – he always performed as well what he wrote on paper before.

Peak in performing his music surely was the time in Leipzig, when he was responsible for all performances of choirs and orchestras in every church in Leipzig, in addition to practising at home, composing new works and making music on festivals, weddings, funerals and high public holidays. 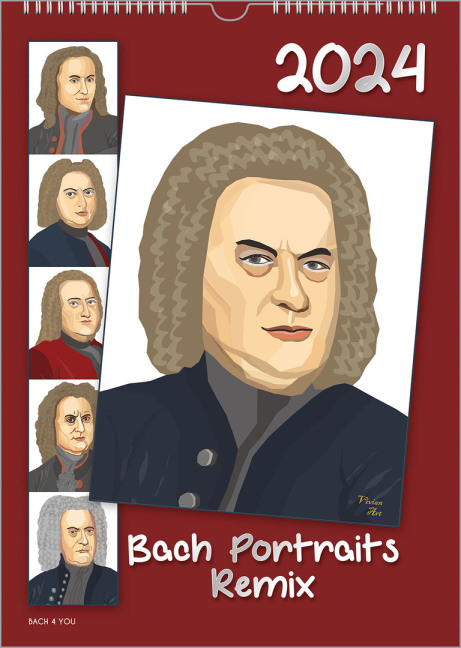