How Many of Johann Sebastian Bach's Children Grew Older than 18 Years?

A family with twenty children was not seldom back then. But it was true as well, that many of the children didn't become adults. Plus, a lot more children died already during their birth. It wasn't different in the family of Johann Sebastian Bach.

From his first marriage with Maria Barbara three of their children became relatively old for back then circumstances: Catharina Dorothea, Wilhelm Friedemann and Carl Phillip Emanuel as well. Johann Gottfried Bernhard already died at the young age of twenty-four years and the twins Johann Christoph and Maria Sophie died at their birth.

In the second marriage with Anna Magdalena five children had a long live in the terms of life expectation back then: Elisabeth Juliana, Johann Christoph Friedrich, Johann August Abraham, Johann Christian and Johanna Carolina. Gottfried Heinrich died earlier at an age of thirty-four years. Four children died in their childhood, between one and five years old. That were Christina Sophia Henrietta, Christian Gottlieb, Regina and Johanna and Christina Dorothea. Two of Bach's children with Anna Magdalena died at their births: Ernestus Andreas and Christina Benedicta Louisa.

However, six children from the second marriage survived. That means exactly the half of all children of Johann Sebastian Bach grew adult.

Gifts for Musicians or Music Gifts?

Music gifts and gifts for musicians: It is not the same … learn more. 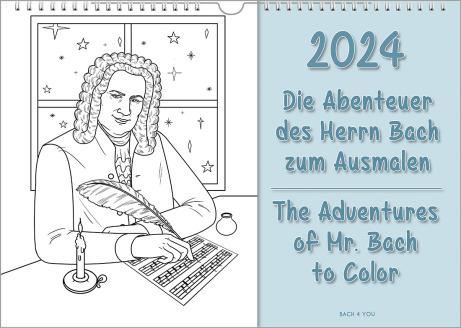