Did Johann Sebastian Bach Have a Happy Childhood?

Nobody knows that. It's not handed down. In general, not much is known about the family life and private life of Johann Sebastian Bach. At least Bach's happy time came to an end, when he was nine years old. At that time in a short time one parent after another plus his uncle died. After that catastrophe Bach moved in with his brother in Ohrdruf. It goes without saying that he lost all of his friends with this move, which he had a that time in Eisenach too. But is not known of any friendship at that time. 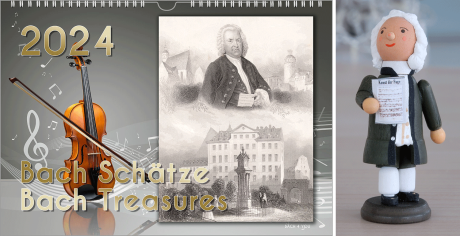 No pipe organ calendar, but a music calendar, a composers calendar and a Bach calendar. Three sizes. 2023 + 2024. EU style, US style. To the shop.