Who Is the Most Prominent Johann Sebastian Bach Fan?

For an answer we first have to find a definition, how you specify a prominent fan after all. That is what we do, when we consider the tribute to Johann Sebastian Bach, as we don't collect every Johan, Dick and Harry's quote on "Bach on Bach" . If we find more persons tributing to Bach in the oncoming years, we might consider a change. Then we may decide again who of them is the most prominent individual.

So far, that is to say until today, there are at least two really very prominent personalities among those. That is on the one hand the pope, it is Pope Benedict XVI. And on the other hand it's the 44th president of the United States, President Barack Obama, whose excitement for Bach is expressed on his Facebook page.

Please Support Our Bach Mission with Your Purchase of Any Gift 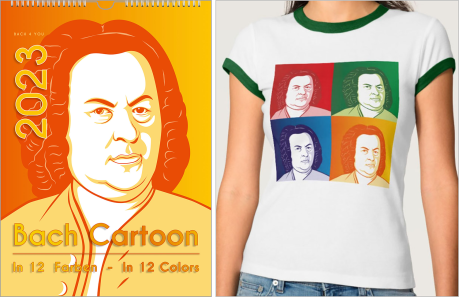