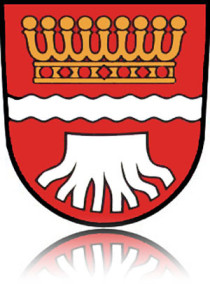 1  Why Is Gräfenroda a Bach Place?

Five Bach places respectively Bach cities are special. Two of them for the reason, they are really important for the Bach genealogy and for the Bache as a family of musicians. However they are not that important, that they are real Bach cities and Bach experts might state the more Bach cities we list, the more unimportant and confusing they are in the life of Johann Sebastian Bach. Which is true. On the other hand, this website is designed to clear things and that means, if there is a place on the internet, which tells Ammern is a Bach location, and Gotha is not and Weissenfels is, this Johann Sebastian Bach source wants to guide you to a correct impression. So it's not about to judge, whether one of these 33 at all and five in the category B are Bach cities and Bach places, but you decide, what's worth to need to know - or not.

Category B is five locations. Erfurt actually is a combination of both unbelievable important as a Bach city, when it comes to checking on the genealogy of that family. Plus, Johann Sebastian Bach has checked on an organ here. On the third hand (... me = Punchinello) he probably had been there to meet relatives or to join at least one family gathering in 50 years. Gotha is a category B Bach city for the same reason, but a little less in numbers: Johann Sebastian Bach performed music in Gotha and "Hans, the Spielmann" is so important in the Bach genealogy, that I upgraded Gotha from category C. Next is Gräfenroda: why this place is category B will remain my personal secret for the oncoming years. Finally, there is Weissenfels, actually sort of working place for Johann Sebastian back then. Plus Lübeck, which produced such a likable story inside Bach's life that it's just not a category C Bach city.

In some biographies, this little community, Gräfenroda, is only mentioned with one word: its name. Why it is displayed here so prominent, that is to say in category B, is what you will discover in the oncoming decade. Did I use the wrong word? No, it's related deep into the genealogy of the family, which is so mysterious in the very beginning. And these very first years are giving us as genealogists a hard time. A hint: go on reading. 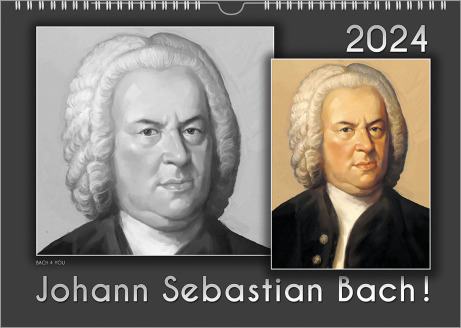 There is an infinite amount to discover about it here: Bach gifts and music gifts. Do you like it now?

2  Music of Bach + Pics from Gräfenroda

No narration, just music and pics: Gräfenroda, a Bach place in category B.

3  The Bach Place of Gräfenroda on 6 Pics

4  Info About the Bach Place of Gräfenroda

Gräfenroda. One of the Bach cities? Certainly not. Not with 3,300 residents and in the center with a lawn gnome factory. One of the Bach places? That is more likely. Or better, that is for sure. Bach biographer Johann Nicolaus Forkel already mentioned this location sort of nebulous in his biography some 200 years ago. And he mentioned Hans. A Hans earlier than our Veit. So, if you are not very much interested in the Bach Genealogy, why don't you click here and spend your time on something better, because from here we "jump right into the fight" about the origin of the family of musicians.

Graefenroda for many Bach scientists is something like a provocation. And that is what leads to oddities. Some are obsessed with the opinion, that everything started here in Gräfenroda. Others fight for the version, that actually here the Bach Family became the Bach Family of Musicians in the following generation. Others however like, best, to leave Veit plus Hans No. 1 and Hans No. 2 alone. And, some are around how would have liked best, if Gräfenroda has never showed up on the map.

This is what it's about with the history around the Thomas Cantor. Somebody found "something". And it is lost later on again. Then a next generation of scientists found "it" again. And it was "lost" later on. Again. This precisely is the reason, why there is "Bach on Bach" today. With this website, stuff will never get lost again. Or hidden. Here you may read, precisely and crystal clear, which part Wechmar played in the Bach history. And, which Gräfenroda did. Whether Veit originated or came from Hungary. Plus, whether he just came from there or whether he earlier was going there – so he actually came back.

One thing is for sure. And that is by documents. There is a time earlier than Wechmar. Back then, the Bach Family wasn't a family of musicians, but the Bachs existed. Well, strictly speaking, that goes without saying. Somewhere they had to be existing. However, meanwhile they found it. They found it out. Proved. In documents. It is fact. Genealogy beats biography. Documents beat arguments. Well, this sounds pretty aggressive, doesn't it? I know.

33 maps, 33 Bach cities or places. Gräfenroda is a category B Bach place. 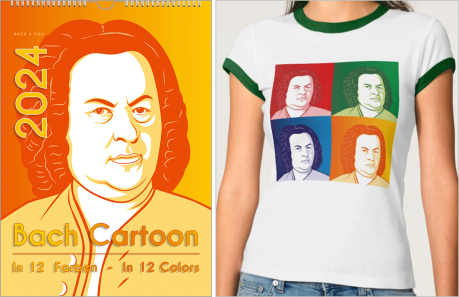