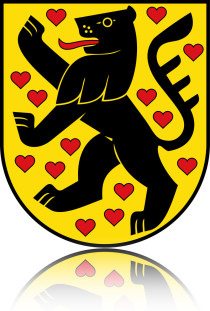 1   Why Is Weimar One of the Bach Cities?

Which name of a Bach city is starting with "We ..." and is ending with "... mar"? Correct, it's not only Weimar, but it's as well this tiny, cute, likable village of Wechmar on the creek Apfelstädt, in which the Bach Family became the Bach Family of Musicians. Both communities' names sound similar and it's a fun (... or challenge) for everyone, who reads about Bach for the first time. Into the bargain Bach worked at Weimar twice. First, when he came back from Lüneburg. Not instantly. He probably first stayed with his older sister at Erfurt or again with his oldest brother, again too, in Ohrdruf. After a few weeks he gave a first try a chance and became musician at the court of Duke of Weimar. That worked for half a year, however after that he moved to Arnstadt. Finally, being a lackey, a footman of a duke is not something you would live to be at the beginning of your career and of course his rank wasn't much higher than an apprentice's today. However, with this experience Bach knew a little more about the life at the court of Weimar and that helped a lot with a second job there, which he applied for some years later.

After Johann Sebastian Bach left Mühlhausen, because of the rise of the daily life's cost – plus, you are correct – because of the fight of the church authorities, he started his service at the court of Johann Ernst of Saxony-Weimar. A gigantic portion of Bach's life musical work came into being in this city. Plus, two of his four famous sons were born in Weimar and Bach learned about life in a prison there. How come? He became concert master at the end of his nine-year-long service. But not band master, a short time later, when actually it was his turn to become the next band master. And the other guy wasn't even as good as Bach. Bach was bothered. He looked for a next job, or better, he knew he wanted to move on to Köthen. So he signed a new contract. However, that was without asking for permission to leave the court of Weimar. So, he just didn't do it but later. But the duke didn't answer Bach's request. Not with a "yes", nor with a "no". So Bach was stuck. He was a bondman – he belonged to the duke. Bach became mad. He complained. He complained with inappropriate words and in a temper. So that the duke arrested him and put him behind bars for four weeks. And some scientists still believe today, that Bach was very lucky with that grade of punishment. "Stubbornness" by the way was the official reason for his imprisonment. 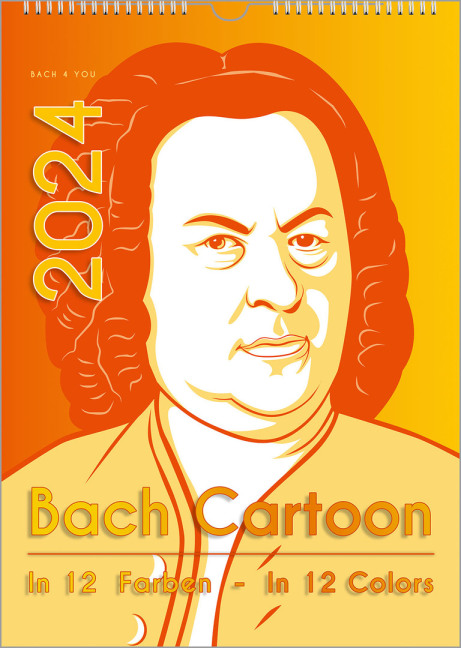 Bach calendars are cool gifts for musicians: Three sizes, European style + US style, 2023 + 2024. Here you get to the calendars in the publisher's shop.

In these four further shops you will find many more Bach gifts, music gifts and certainly tens of thousands of gifts on completely different themes. Would you like to explore "Zazzle & Co." right now?

No narration, just music and pics: Weimar ... crystal clear it's a Bach city in category A. Confusing for students: Bach worked and lived here twice. Important regarding Bach's work: it's the second-longest stay in one city during his career.

3   The Bach City of Weimar on 6 Pictures

4   Info About the Bach City of Weimar

62,000 residents give you a feeling about the size of this cultural metropolis. If you stroll through Weimar, you expect a next memorial tablet at every house and next construction highlight around the following corner. If you have fun experiencing historical buildings, you just feel overwhelmed. Plus, you won't find culture in this town not only coming in historical buildings but as well with museums, events and very modern "packages with this and that". "Theme city tours" is one option, and you are not only offered visiting highlights, they even provide and offer a top ten of highlights. Finally, there is one exciting question remaining: is there a town with more cultural offer in relation to the number of the residents? In Germany? In Europe? In the world? Here you get directly to the touristic highlights. Plus, here: click yourself to the official website of the city and here I'll bring you to the UNESCO World Cultural Heritage.

5   A Short Video: The Bach City of Weimar

Film, pics, music and narration: Weimar presented in a likeable short and cute video. Weimar is clearly a category A Bach city.

33 maps, 33 Bach cities or places. Weimar is a category A Bach city. 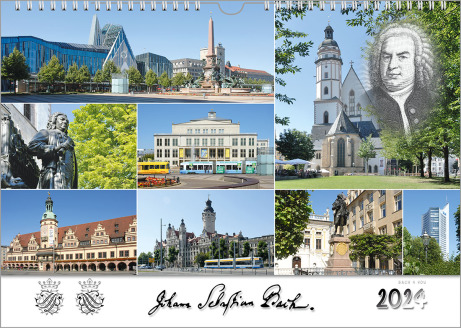 Bach cities and Bach places. You will find exactly twelve of them in this Bach calendar. Three sizes. 2023 + 2024. To the shop. 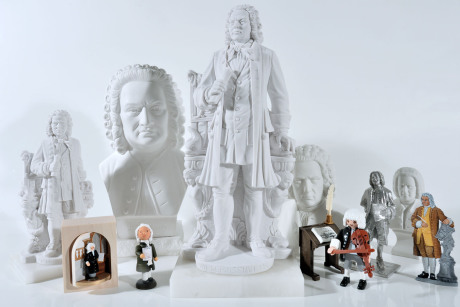