Google recommends explaining in an ultra-short text that comes with the image, what you see in the picture, so that if blind persons visit this page, and they can't see the pictures, they get this explanation and after reading, they do know what all others see.

The Johann Sebastian Bach Monument as an old steel engraving shows the tribute in Einsenach.

A modern Johann Sebastian Bach Monument from noble steel shows just Bach's face in a circle of metal. You can see blue sky in the background.

A traditional Bach Monument. The photo is taken over Bachs shoulder and you see a historic house in the background. Plus leaves a tree on the upper part.

A Bach monument in front of many trees on a basement. It's one of the older Bach monuments. On the left side you see just a tiny section of the Bach Museum.

Johann Sebastian Bach as a memorial in the Cathedral in Ulm, Germany. He is putting his hand to his chin. He has a long coat on. In the background, you can see a cross with Jesus. It's a view from the floor to the ceiling.

The oldest Johann Sebastian Bach Monument, a sandstone work is already damaged by time and weather. On a tall foundation there is a little kind of house and in it there is the face of Bach. You see blue sky and tree branches, too.

The Johann Sebastian Bach family. It's a famous oil painting by Toby E. Rosenthal. The Bachs are making music. Bach sits at the piano, to his left a young man is playing the violin. 7 persons are visible in the picture inside a house.

Johann Sebastian Bach is sitting behind an organ pipe and is looking to the viewer. His hands are on the keyboard. He is portrayed from the side. He is looking friendly. It's a very upright format pic in black and white.

Johann Sebastian Bach and his wife Anna Magdalena are sitting on a place somewhere above Leipzig city. It's an age-old steel engraving with a huge ornament in the upper third. You see the river Pleiße and a person making music on the left. It's all in brownish colors.

Sebastian Bach is the titel on a red book. The word Johann is missing. It's a very old bool in a leather cover in the colors mainly red and a little black. 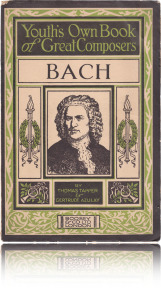 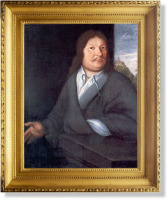 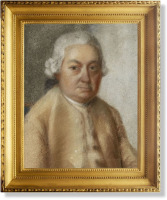 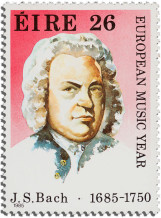 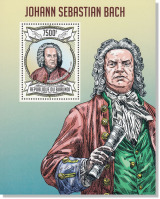 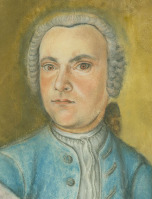 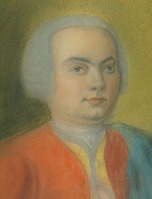 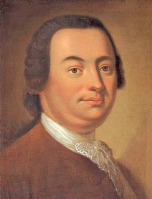 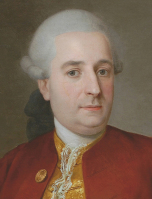 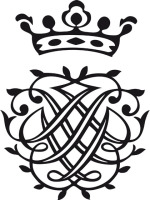